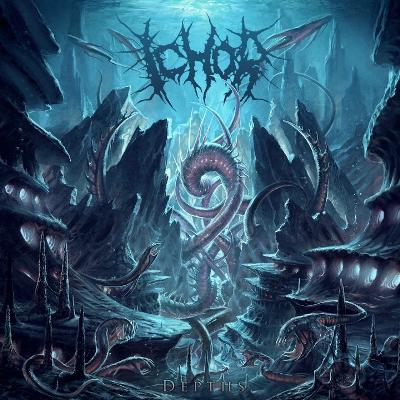 "Depths" is the third and latest release of the Germans Death metallers ICHOR, maniacs one shall say, it happens to be recorded a couple years back but just released now by Bastardized records, which also released their two previous albums.
The album contains 11 tracks and is just over 40 minutes long of relentless bashing, head banging, blast beating on your face, it starts with a short malevolent intro and straight to bursting ass business, if you looking for good production and professional execution of instruments this album has plenty of it. Chugging guitars, from dark atmosphere to the most intense blast-beats, there is no doubt that the boys here take their business very seriously.
On the down side though, not taking the merit away from the album, lack of originality is obvious here, if you are looking for pure aggression and technicality this is the album for you, but there are lot of competition in this genre now days, so lots of bands just get into a sea of endless contestants that just a few stands out . Influences I have noticed on this album, I would say Behemoth is quite a obvious one, but with a hint of death-core feel to it.
The cover artwork has to be mention, which is impeccable and quite stunning to look at, a great plus in my opinion. "Depths" has great elements for the death metal listener, it would not attract traditional or old school death metal listeners, but I believed it was made with the intention of sounding modern rather than classic anyway. So give this guys a try, ICHOR might just surprise you. The two tracks that stand out in the album are "Apophis" and "Deny your god". Let’s just hope that that ICHOR can eventually survive a genre of metal music that is over saturated, because potential they have to spare. 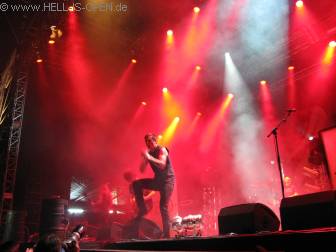