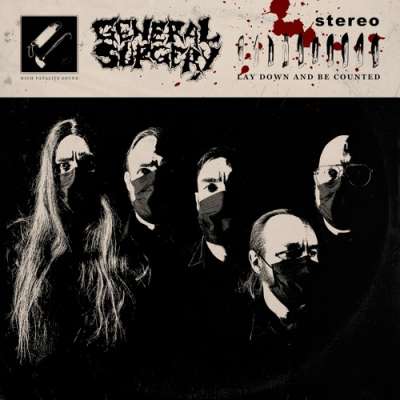 Whilst many medical practitioners have spent the last year fighting the virus it would appear one group of surgical deviants have found time to produce something almost as important as the vaccine. I am of course talking about Sweden’s General Surgery and their new gore soaked offering Lay Down And Be Counted.

For those who have not stumbled across the band previously, it is fair to say that General Surgery truly belong at the top of the Gore Grind mountain. Formed all the way back in 1988 these Swedish surgeons have been honing and perfecting their early Carcass infused death grind ever since. Over the years there have been numerous great releases from the band, with notable highlights including the legendary Necrology EP released by Relapse in ’91, a duo of killer albums in Left Hand Pathology and Corpus In Extremis; Analysing Necrocriticism as well as my personal favourite the “Like An Ever Flying Limb” ep. There is also a host of splits worth checking out, most of which are contained on the compilation A Collection of Depravation.

You’ve probably guessed by now I am a huge fan of the band and I have to confess I was super excited to hear this latest digital EP. With all that said however I wasn’t really that impressed with their previous split release with Bodybag, so it’s also fair to say I was also prepared to be disappointed, although thankfully there was no need to do so.

Opening song Effusive Opulent Decampment/Lay Down And Be Counted kicks things off suitably with a disturbing sample which includes a mortuary worker explaining her love for her trade, comparing her profession to that of a tattooist. The sample gives way to the opening riff of the song which is slow and doomy, after two cycles around Dr Sahlstrom makes his vocal introduction and its clear from the off that his delivery is as focused and powerful as ever. A few bars later and the pedal is very much floored to the metal. We are into prime grind chaos and it is classic General Surgery, albeit with some new twists thrown into the mix. By the time the “Lay Down and Be Counted” chorus drops I’m hooked. I think I need to see a doctor for real as its super infectious and has been giving me ear worms ever since. To top it off the band have released a video to the song which is also worth checking out.

Next up we have (In The Realm of The) Thorax Embalmer which is a much shorter sub minute offering, opening with a frantic drum fill before plunging head first into grinding blood-soaked fury. Around 30 seconds in one of the strongest riffs so far drops with an awesome groove that you can’t help but move to. It’s another awesome song. And this is true of the entire release, it is simply packed to the brim with great material that is delivered by a band at the top of their game. The production is raw and real sounding but also really clear, allowing the excellent drum and guitar work to stand out.

The EP serves as a way for the band to reintroduce themselves and hopefully whet the appetite for more to come in the future. It is currently only available via digital medium, although if you purchase it from their band camp you can download art work etc, its also available from all the usual online platforms. In closing, if you’re a long term fan you’ll be happy with the 7 blood soaked medical excretions and if you’ve somehow missed the Swedish clinicians prior medical offerings then this is as good a release as any to start with. 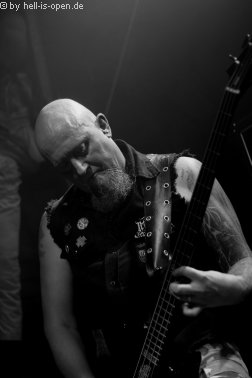