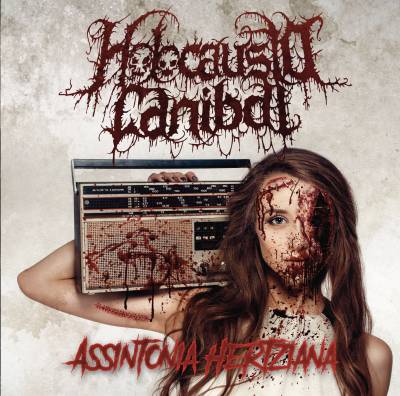 For many people when talking about the Portuguese metal scene the band that will almost invariably come to mind is Moonspell. Whilst their legacy is without question and they deserve their high standing, they are by no means the only metal band of note from Portugal. The fact is there is an extremely strong and varied scene within the country with many bands that deserve your attention.

That said there is one death/grind export that have been tearing through the worldwide underground since 2007, that band is of course Holocausto Canibal. Their influence within the Portuguese metal scene cannot be ignored, not only as a band but also as individuals who are dedicated to promoting music within the country. Bass player and founding member Z.P also runs his own label Larvae promotions as well as also promoting and running shows in his native Porto. When you then also look at the other bands that the members are involved in (Grunt, Dementia 13, The Ominous Circle, Pestifer and more) it is easy to see why they are deserved of such praise.

Recently signed to Lusitanian Music, this live radio session is very much a pre course to the bands forthcoming new studio album which is due later in the year. Similar to the influence Peel Sessions (Carcass, Napalm Death and of course many others) this recording captures the band tearing through a blistering 23 song set which comprised their 2014-15 touring set lists.

The first thing to highlight is that there are zero overdubs on the release and what you hear is what was played. With that in mind it’s obvious that the many years of touring has honed Holocausto Canibal into a seasoned and ferocious live act who are able to deliver the goods. Songs are performed rapid fire one after another with no time to waste between each gore soaked offering.

The set itself is extremely well crafted, ensuring that there are natural ebbs and flows to prevent listener fatigue or boredom. They must also be commended for an extremely fluid and tight performance, yes there is the occasional slipped note and muffle but make no mistake this is expertly delivered whilst still retaining a raw purity. The sound production is also really good, as you would expect from something that was broadcast on national radio.

The vocals are a particular stand out for me, delivered with a real menace. The drums are tight and it’s good to be able to hear some of nuances that are sometimes not audible when you see the band live. This is also true with the guitars and bass, there are lots of hooks and little tricks in the songs and you really get to appreciate these. Make no mistake Holocausto’s strength isn’t in showing huge amounts of technical ability (not that they don’t have that in spades). Its about writing carefully crafted songs, whether they be short sharp bursts of 14 seconds “Possuída Pelo Grind” or longer pieces such as “Amizade Fálica” that demand attention and interest.

However as good as this release is, whether you view it as an essential purchase is very much down to your personal view of live recordings in general. Whilst faithfully capturing the bands intense live performances it is a very different listening experience than their studio output. Ive always been a fan of these types of releases as I find they serve 2 purposes. The first is to present a kind of best of release containing the bands favourite material, I still have Slayers Decade of Aggression as one of my favourite albums for that reason. The second is that they can help you relive glorious beer-soaked nights at gigs and festivals with good friends. I also know that others have a different view on these types of releases don’t really see the point.

So the choice of whether you should grab this or not is very much down to your view on this type of release. I would say it is essential for die-hard fans of the band and could serve as a good introduction to new listeners. That said if you want something more pristine sounding then check out the band’s excellent studio output such as “Gorefillia” or “Catalépsia Necrótica”.

I really like this release and it even had me sinking a few bottles of Portugal’s best beer Sagres, whilst reliving many great memories. It won’t be for everyone, but you most certainly check it out. 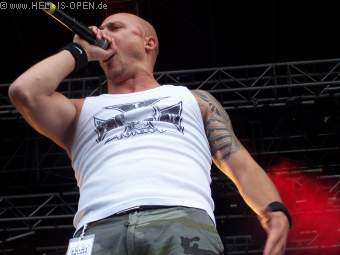