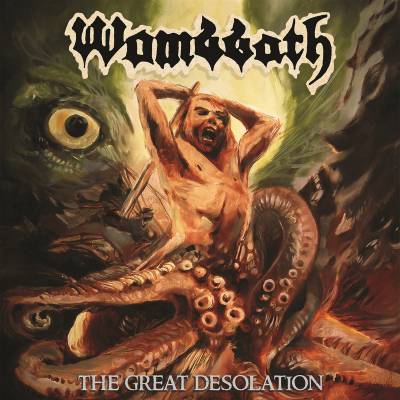 *** Verfasst von unserem Kumpel Bruno, Metalfan aus Brasilien. ***
This is the 3rd full length from Swedish death metallers Wombbath, the band responsible for the release of the classic debut album “Internal Caustic Torments”, in 1993. There was certainly some pressure around the band's return album “Downfall Rising” back in 2015.
There were a few more changes to the band line-up. On this new record, Jonny Petterson is the vocalist throughout the whole album, differently from “Downfall Rising” on which he only sang in two tracks. Along with Håkan Stuvemark (the band’s only original member), both musicians are in charge of production.
Fitting the whole brutal atmosphere of The Great Desolation, the artwork from artist SV Bell (Anvil, Kataklysm, Impaled Nazarene etc.) is spot on.
The 37 min album's first song "Embrace Death" starts, oddly enough with no intro, which was common in Wombbath's early work, very solid in terms of playing the typical old school death metal fashion.
In fact, one of the notable things about "The Great Desolation" is the Swedish guitar tone, which is way more evident here than in previous albums. The listener will catch the abrasiveness of the Swedish tone in the first few seconds.
“Born of Filth” is a headbanging, overall great song, perfect to perform onstage, possibly one of the best of the album and of the band’s career. The fans will also notice great arrangements with blast beats on “Punisher of Broker Oaths”. Then, “Hail the Obscene” finally presents the band’s slow and atmospheric beginnings.
Overall, production seems okay, all the instruments are audible, the compositions themselves are good but as a whole not as memorable, sophisticated and muddier as “Downfall Rising” or “Internal Caustic Torments”. This album will definitely find a good reputation among fans since the mid-paced riffing is present, the work is still intense and it might even be considered far better than lots of other death metal CDs released so far this year. 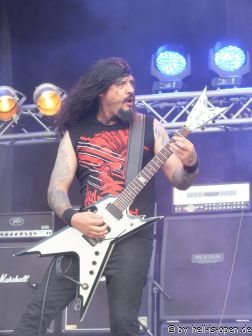